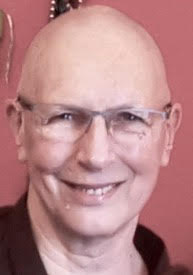 Ajahn Sundara  studied contemporary dance and worked as a dancer and dance teacher until her early thirties when she had the opportunity to meet Ajahn Sumedho in England and to attend one of his dhamma talks and then a retreat.

She was one of the first four women ordained by Ajahn Sumedho in 1979 as an anagārikā (an eight-precept novice) and in 1983 as a ten-precept sīladhārā. After living at Chithurst Buddhist Monastery in England, Ajahn Sundara moved in 1984 to Amaravati Buddhist Monastery and was instrumental in founding the nuns’ community there.

She has been teaching and leading retreats in Europe and North America for many years. She currently resides at Amaravati Buddhist Monastery, whose history and relevance to women in Buddhism she has chronicled in the book chapter “The Theravada Sangha Goes West: The Story of Amaravati.

Ajahn Sundara has written 5 books and her talks are available to download from the Amaravati website. See below.