Love in the Time of Extinction: Dharma Practice, Non-Violent Civil Disobedience and Extinction Rebellion. How practices of awakening and compassion converge with conscientiously choosing to break the law, in the face of the climate emergency.

I know there are many in our worldwide sangha, who like myself have engaged with, or are considering engaging with Extinction Rebellion, or have questions about it.  As a young, but quickly growing and inclusive movement, “XR” is calling for non-violent mass civil disobedience in London and in capitals around the world from 15 April, seeking to pressure our governments  to act proportionately and urgently, in responding to  the climate and ecological emergency we face. This is the over-arching ethical issue of our times, and a matter of urgency and profound morality.

My wish is to share my experience of engaging in peaceful non-violent civil disobedience in recent months, and to reflect on this as a natural expression of awakening and courageous compassion, deeply aligned with the spiritual path of dharma practice.

There will be time for questions, discussion, sharing and reflecting on our inner and outer responses.

I look forward to sharing the exploration. 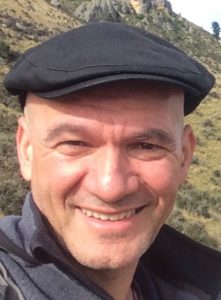 Yanai has been engaged with Extinction Rebellion www.rebellion.earth,  since the declaration of rebellion in October 2018. He has participated in a number of non-violent direct actions, including the November 17th rebellion day where 6000 activists blocked 5 central London bridges for the day, as well as blockading the BBC in December, and has been arrested on two occasions. In July he faces a trail on criminal charges for blockading The International Petroleum Conference in London, together with a group of nine activists (including two other committed dharma practitioners) who super-glued themselves to the doors of the conference venue in Mayfair, in January.  They have all entered a plea of not guilty – on the basis of necessity and justification. As a dharma teacher, teaching internationally over three decades, it has been a little bit of a change from retreat teaching and sitting practice!